How To Get Rid Of Razor Bumps Fast: Proven Remedies and Prevention Tips 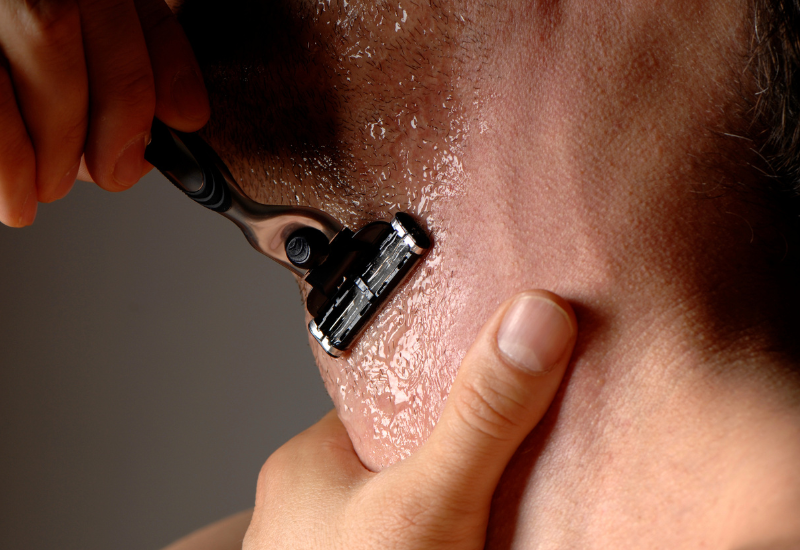 Every man has experienced them at least once in their lifetime: those annoying little razor bumps that pop up after shaving, which can give you the look of a 15-year-old teenager… not in a good way!

Although they’re not uncommon, the good news is that getting rid of razor bumps fast is not that difficult. By following a few easy steps that we’re going to explain in this post you will get rid of razor bumps in no time and for good.

But first, let’s have a closer look at what those little, nasty bumps really are, what are the causes and how you can prevent them before even having to treat them.

What Are Razor Bumps

Razor bumps are ingrown hairs that develop mainly after shaving, but also after using other hair removal techniques such as waxing or plucking. They arise when strands of hair curl back on themselves and grow into the skin. As the new skin cells grow over the hair, they become trapped causing irritation and pimples that can last up to two weeks.

Typically found where a hair follicle emerges from the surface of the skin, razor bumps can develop on any area of the body where a person shaves or removes hair, including the face, head, legs, underarms, and pubic area.

They happen more frequently in men who have naturally coarse hair and darker skin tones. This is because hair that naturally grows into a curl has a larger risk of getting trapped in the skin than straight hair can.

Razor bumps can sometimes be mistaken for acne. And much like acne, they can feel tender or painful when inflamed. In the worst cases, some men can develop folliculitis and/or a chronic type of razor bump called Pseudofolliculitis Barbae. This condition occurs in up to 60% of African American men (and in others with curly hair), and in severe cases might require a visit to a dermatologist.

Razor bumps may also cause scarring, so they need to be handled with care.

Although the terms are used interchangeably, razor bumps are not the same thing as razor burn. A razor burn is caused after you shave and is a type of skin irritation caused by the friction of the razor.

Razor bumps, on the other hand, can develop several days after hair removal, once the hair has had time to grow into the skin and create a blockage.

In most cases, razor burns will clear up within a few days without treatment. Razor bumps may take longer to clear, and you should avoid shaving while bumps are present.

HOW TO GET RID OF RAZOR BUMPS FAST

We are going to give you some tips on how to prevent razor bumps later on, but first, let us get straight to the point. Razor bumps happen, no matter how many years you’ve been shaving and you can’t always avoid them. Some people are just more naturally prone to them.

Although nothing can make them go away instantly, there are several strategies that can help remove them faster and allow the skin to heal. Let’s have a look at them.

Cleansers, toners, and lotions containing salicylic and/or glycolic acids can help fight razor bumps by exfoliating the skin above the trapped hair and also kill bacteria trapped in the follicle.

Removing the trapped hair could get rid of the razor bump quickly, but only if the ingrown hair is visible! If the hair is not visible on the surface of the skin, using tweezers could actually injure the skin, causing more irritation and infection.

In the same way, do not attempt to pick or squeeze the bumps, as they could get worse or cause scarring. We know it’s tempting!

Make sure to wash your skin and hands with soap and water before tweezing, and to sterilize the tweezers with alcohol.

Over-the-counter creams containing benzoyl peroxide or hydrocortisone can be effective in treating razor bumps fast, the Neutrogena Spot Treatment Gel. Its maximum strength formula contains 10% benzoyl peroxide, which is the acne medication dermatologists recommend for clearer skin without a prescription.

How To Prevent Razor Bumps

Now that we talked about how to get rid of razor bumps, let’s talk about how to prevent them in the first place so that hopefully you won’t even have to get there.

The good news is that in many cases there are things you can do and some easy remedies you can try to stop the bumps from occurring.

The aloe vera plant is a succulent plant species that grows abundantly in tropical climates and has been used for centuries as a medicinal plant. Its juice is a gooey, thick liquid made from the flesh of the aloe vera plant leaf. It’s commonly known to treat sunburns and help heal wounds. Read also Aloe Vera benefits.

Tea tree oil, also known as melaleuca oil, is an essential oil that comes from steaming the leaves of the Australian tea tree. When used topically, tea tree oil has antibacterial, anti-inflammatory, and antiseptic properties.

To prevent razor bumps after shaving, try and mix 10–15 drops of tea tree essential oil into a bowl of warm water. Soak a washcloth in the bowl and apply the cloth over the affected area for 30 minutes. Repeat a few times a day, as needed.

This should help the pores to open up. It also helps loosen the ingrown hair, and soothe the redness and inflammation of the razor bumps.

Prepare your skin before shaving by using a gentle scrub like this Neutrogena Deep Clean Gentle Daily Facial Scrub. Exfoliating daily will help clear away dead skin cells that may otherwise be clogging up the pores and cause ingrown hair and razor bumps.

However, if the skin is red, irritated, or sensitive, use scrubs with caution. Some people may have a skin reaction to the rough texture of scrubs, especially those with sensitive or inflamed skin.

If you prefer to go with an OTC option, look for a topical cream containing hydrocortisone. Hydrocortisone cream is a topical steroid that’s used to reduce swelling and calm inflammation. Low-strength formulas such as Cortizone-10 Maximum Strength are available without a prescription.

Once you’ve found your ideal product (or a combination of them), it’s time to look at some of the techniques you can adopt to prevent razor bumps from occurring.

How To Prevent Razor Bumps Summary:

Prevention techniques are mainly related to practising good shaving habits. Let’s have a look at them in detail.

Finally, a very important step that too many men often forget: keep your skin moisturized. Use a moisturising cream or shaving gel daily, but especially right after you shave.

Yes, exfoliating before shaving can help remove dead skin cells and prevent ingrown hairs, which can lead to razor bumps.

Are there any over-the-counter creams or gels that can help reduce razor bumps?

Yes, there are several OTC creams and gels that contain ingredients like hydrocortisone, salicylic acid, or tea tree oil which can help reduce inflammation and soothe razor bumps.

Can switching to a different type of razor or blade help prevent razor bumps?

Yes, switching to a razor with multiple blades or a safety razor can provide a closer, smoother shave and reduce the risk of razor bumps.

Are there any home remedies or natural ingredients that can be used to soothe razor bumps?

How can I prevent razor bumps from occurring in the future?

While in most cases, razor burns will clear up within a few days without treatment, razor bumps may take longer to clear. You should avoid shaving while bumps are present.

Razor bumps generally do not cause serious health problems, but their appearance can be bothersome and can affect a person’s confidence.

If the affected area appears to be infected or doesn’t clear up within a reasonable time frame, consult your doctor. Chronically occurring razor burns or razor bumps should also be treated by a doctor, as they can develop into more serious conditions such as folliculitis, an infection of the hair follicles.

If all of the above fails, you may want to look into laser hair removal. This treatment kills the hair all the way down to its root, eliminating the essential cause of ingrown hair. 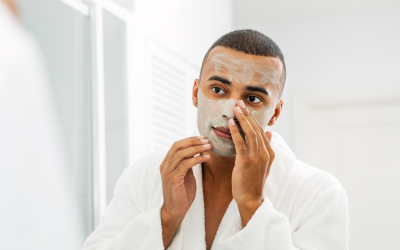 Winter is here again, and of course, you would be thinking of how to layer your clothing well enough to keep you warm in the weather. However, Winter isn't all about the cold weather. It is also characterized by myriads of cold weather skin...

END_OF_DOCUMENT_TOKEN_TO_BE_REPLACED 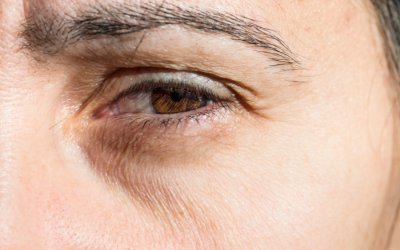 You may be wondering, 'what causes men's under eye circles?' Under-eye circles are a common issue, affecting a significant number of people. There are several factors that can cause under-eye circles, but it's often due to poor hydration and lack...

END_OF_DOCUMENT_TOKEN_TO_BE_REPLACED The Evolution of Men’s Fashion: From Classic to Contemporary

In this article, you will find some of the key milestones and trends that have shaped the way men dress and the Evolution of Men's Fashion, such as the emergence of the modern suit in the 19th century and the rise of casual, streetwear-inspired...

END_OF_DOCUMENT_TOKEN_TO_BE_REPLACED
SHOP
We use cookies on our website to give you the most relevant experience by remembering your preferences and repeat visits. By clicking “Accept”, you consent to the use of ALL the cookies.
Cookie settingsACCEPT
Manage consent

This website uses cookies to improve your experience while you navigate through the website. Out of these, the cookies that are categorized as necessary are stored on your browser as they are essential for the working of basic functionalities of the website. We also use third-party cookies that help us analyze and understand how you use this website. These cookies will be stored in your browser only with your consent. You also have the option to opt-out of these cookies. But opting out of some of these cookies may affect your browsing experience.
Necessary Always Enabled
Necessary cookies are absolutely essential for the website to function properly. These cookies ensure basic functionalities and security features of the website, anonymously.
Functional
Functional cookies help to perform certain functionalities like sharing the content of the website on social media platforms, collect feedbacks, and other third-party features.
Performance
Performance cookies are used to understand and analyze the key performance indexes of the website which helps in delivering a better user experience for the visitors.
Analytics
Analytical cookies are used to understand how visitors interact with the website. These cookies help provide information on metrics the number of visitors, bounce rate, traffic source, etc.
Advertisement
Advertisement cookies are used to provide visitors with relevant ads and marketing campaigns. These cookies track visitors across websites and collect information to provide customized ads.
Others
Other uncategorized cookies are those that are being analyzed and have not been classified into a category as yet.
SAVE & ACCEPT

GET 10% OFF FOR YOUR FIRST ORDER

Join our mailing list to get 10% off for your first order as well as the latest news and updates from our team.

You have Successfully Subscribed!